In the recent past, the south-south region of Nigeria, specifically those living on lands around River Niger, River Nun, and River Orasi in Delta State, Bayelsa State, and Rivers State respectively, have been recording the greatest floods of their history.

In 2012, they recorded the greatest flood of all time. In 2018, yet another great flood was experienced. It was either the second or third greatest flood suffered by the people of that region.

Many attributed the flood to the lack of proper management and discharge of water from a dam in Cameroon. Some attributed it to the impact of global warming and several other environmental problems.

There is great tension in the region due to the flash increase of the flood in the past few days. Thus, we are using this medium to call on all relevant government authorities in Delta State, Bayelsa State, and Rivers State, and all relevant non-governmental organizations responsible for managing flood victims to prepare their house so that the unexpected will not take them by surprise.

One side of Alamieyeseigha Road, Opolo, Yenagoa has been flooded by the 2019 Flood. Vehicles now use only one side of the raod as shown by the above picture. Water is already spilling over to the other side of the road.

This is the flooded side of the road.

This afternoon, there was still an increase of the flood. In the morning, it was not notice.

Although, the flash increase of the water level has reduced, however, many are still afraid that if there is any rainfall, the flood may still increase.

This is the wooden bridge people use to cross to the other side of the small river. It was destroyed by floating plants. People now use canoe to cross this bridge.

Some of the roads in Okutukutu, Yenagoa, Bayelsa State is flooded. This road is beside Anglican Church Okutukutu. It is just just few steps away from the wooden bridge that has been destroyed by the flood.

This is another place that has been flooded, few steps away from Pademi Group of Schools.

This road is beside Deeper Life Bible Church Headquarters, Okutukutu. It is few distance away from Big Shop Junction, Okutukutu.

Below are some of the houses that are standing in the pool of water.

We are not expecting things to get better. The Bayelsa State Government has to start preparing for the annual flood. We have to take measures to minimize the impact of the flood on our people.

In few months, it will be twenty years journey of consistent good health. It has been a glorious walk in divine health. Special thanks to God Almighty for bringing the right people and the relevant materials that have inspired me along this beautiful path of good health.

We are just introducing the subject. We will break it down and deal with each secret to bring you more things about our discoveries along this journey of good health or divine health. So stay tuned for more.

You cannot enjoy good health if you don’t think you can. It is that simple. What you think… 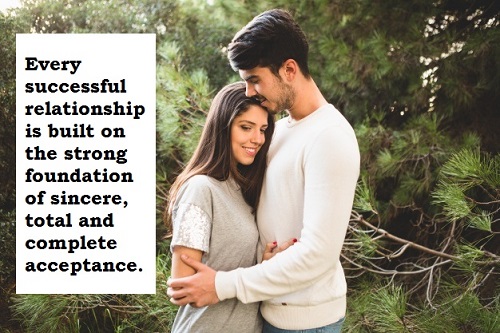 Every successful relationship is built on the strong foundation of sincere, total and complete acceptance. That relationship will not last if you do not sincerely accept your spouse or partner completely and totally. If you truly want a successful relationship with your spouse or partner, you have to deliberately discipline your mind to sincerely accept him or her, totally and completely, irrespective of the things you don’t like about him or her.

We can be so narrow minded and selfish some times and we easily forget that our spouse do not also like some things about us. Your spouse may not say anything about them but truly, there are things he or she does not like about you. Maybe, you should answer this question. Do you like everything about you? Don’t pretend! Get a sincere answer! If you are given an opportunity and the unlimited power to do something about…

How many of such fish farms have been destroyed by the 2019 Flood? To some people, it doesn’t really matter…

How many plantain farms have been destroyed in Biseni by 2019 Flood?

Some people don’t care to hear about that because they are not affected?

As for cassava farms, we no longer talk about it because we are used to it. We are used to seeing our people suffer from the impact of floods. Thus, every year, the same thing repeat itself and we fold our hands and watch.

This young man is packing some of his properties that are already soaked in water. He was away. Just rushed home because of the flood. His generator is still inside water. No where to pack his properties to.

Have you just taken time to wonder how many properties have been destroyed in Biseni Clan? They should suffer it right?

This unconcerned attitude towards the plight of our citizens must change!!!

Tein is another community in Biseni Clan that has been greatly affected by the 2019 Flood. Many have also been ejected from their houses. Some are living in tents along the road, the market and school premises.

We know the kind of terrain we are living. It is high time we prepared for the annual flood. It is really shocking that people are going through such devastating impact of the flood and nothing has been done for the past three weeks.

Stay tuned for more updates of the 2019 Flood.

The situation of the 2019 Flood in Tuburu Community is also pathetic. Some places are between four to five feet.

Stay tuned for more update of the 2019 Flood

The road to Biseni is covered with flood at four different places. The fourth place is very deep. The depth of that spot is about four feet. When you get to this spot you have to cross with canoe. This worst spot was destroyed by last year, 2018 Flood, but no repair was made since then.

Vehicles no longer get to Biseni because of that bad location. People now take boats. Although, some dogged and rugged motorcycle riders, still use the road courageously.

Boko Haram at it again

Boko Haram insurgents attacked Mifa, a village in Chibok local government of area in Borno State on Friday evening. TheCable reports that the terrorists arrived at the village on motorcycles around 20:hrs and started burning houses. A resident of the village, TheCable quotes confirmed the incident. The source said, “They are burning houses as I [?]
Breaking: Chibok On Fire As Boko Haram Burns Houses

All the communities so far visited by the media team of AiGoTalk, Egbebiri Community seems to be in the worst state. The depth of the flood in certain areas are between four to six feet. We had to use canoe to pull around the community.

Speaking with the Community Development Chairman, we were made to understand that people started parking from their homes in Egbebiri Community three weeks ago. He added that none of the communities in Biseni Clan had received any form of relief materials or support from either government or any other organisation.